Yes, I’m die hard fans of Apple, Mac and also Aperture. I still have no intention to switch to Lightroom, though I I think many people are doing.

Aperture 3.3 update brought a new life to Aperture with a lot of improvements. It’s so great that Apple still showing their effort on maintaing this professional photo management software. And most important thing… the upgrade is free! 😀

Let’s start with some fun!

The software update window pops up and tells me this.

It’s happy that Aperture 3 keeps improving. Well, you may criticize why it’s not prefect in the very beginning, but what can be? At least they’ve addressed the critical problems I found. 3.0.1 improved speed, 3.0.2 fixed slow empty trash problem. Hope it’s going to be stable. I’m not looking for any new feature honestly, it’s really good enough or too much. I don’t want it to be another Photoshop, though the new video import, selective editing and curve adjustment are good stuff to replace the need of Photoshop.

I know it will be tones of photos that I need to work on. 🙂

For loyalty Aperture user like me, the greatest news is Apple finally upgraded the long-waiting Aperture! Before that, sometimes we would feel iPhoto seems more advance in like geo-tagging, face detection, Facebook and Flickr photo sharing. And finally, all these have been integrated into Aperture and makes it double in size. I can’t wait to download the trial version before Chinese new year holiday, but I think as the software I use the most, it’s still worth to upgrade. Just like if it’s one of the most useful lens (hopefully Apple provides upgrade package!), so why not go ahead and upgrade?

Honestly I feel it’s not only large in file size, but also more resource consuming. That’s why we can guess Macbook Pro will be coming very soon! I don’t want to replace my MBP yet. So I guess I will work with both Aperture 2 & 3 a while, and I won’t convert my Aperture 2 library to 3 until I feel more comfortable with the speed.

So let’s go deep into the changes I observed!

The user interface of Aperture 3 is very like the same as 2, so you shouldn’t have much problem to start including all the shortcut keys you’re familiar with. Know how to optimize workspace is the task for any Aperture user.

As mentioned, it has Face & Place migrated from iPhoto. In project panel, it looks very much the same as iPhoto, of cause it supports folder and smart album as before.

Aperture 3 is now 64-bit! That means it can allocate more than 4GB of memory. Well actually I feel it’s more CPU bounded than memory…

Good and bad, the old plug-in were written in 32-bit, to use them you have to restart Aperture in 32-bit. However, I think Aperture 3 can let me eliminate the Facebook and Flickr plug-in from now. 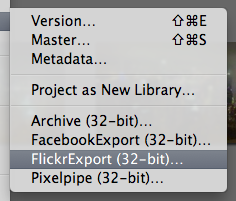 Many features for import 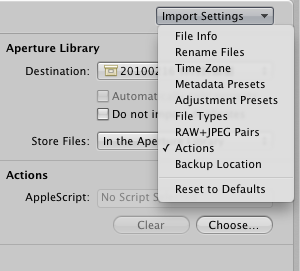 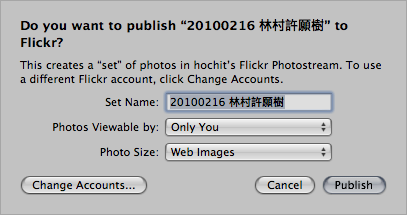 Face, it found many strangers, haha!! 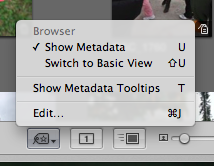 My practice is to select my favourite pictures and let Aperture to do the rest to upload the pictures while I’m sleeping.
Today I found it didn’t get its job done properly. I checked the Console it has such warning message.

I think Aperture is relatively out-of-dated for its product cycle especially it should be transited to 64-bit, though I don’t see any need to upgrade at all. Don’t feel good that new users may pick its competitor Adobe Lightroom instead because they have a newer 64-bit version. I still love it more than Lightroom because of the integration with the OS is much better. And for me, I don’t need it to be cross-platform. 😛

Hope Aperture X will soon be released. I’ve reserved my saving for it, haha! Why not? It’s more frequently being used than any of my lenses. Digital asset management is so important now as you would easy create several GB of files in a single day. 🙂

I’m a heavy Aperture user, uploading edited photos to Flickr is always the last stage of my image workflow.
FlickrExport for Aperture is always the first Aperture plugin that I need.
They improved the interface of grouping, ordering and geotagging.
They just announced 3.0 upgrade, existing user can upgrade in half price.
Though I guess Apple may have Aperture 3 with Facebook and Flickr support like iPhoto 09′, I just can’t wait.
It also has lite version with limited feature. 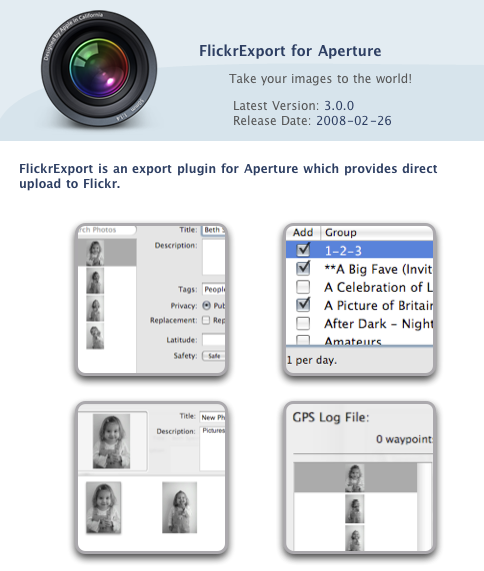 Thanks to Aperture, it’s too easy to achieve an old man’s troublesome request! 🙂

Other than keyboards we would normally touch on, Aperture also provides EXIF, IPTC, adjustment as filtering criteria.

Except the update of Mac OS X to 10.5.5 another great news for me is the OS supports my Nikon D700 raw file (NEF) natively. That means I can start shooting RAW now and it’s so easy to manipulate it in iPhoto / Aperture! 😉

無聊日誌
Create a free website or blog at WordPress.com.